Geoffrey stands with the people of Ukraine 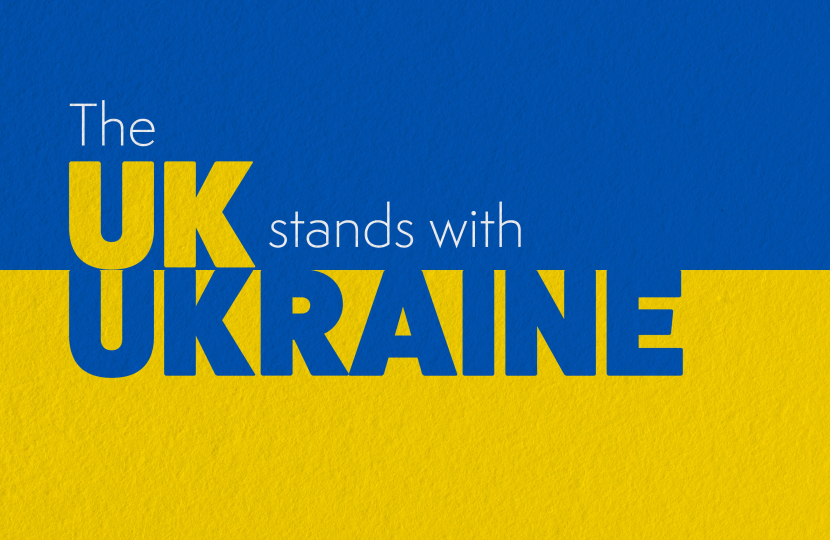 The dramatic and grave events in Ukraine are in all our minds, and as we watch the news unfold, all our thoughts will be with those who are immediately affected by them.

The United Kingdom is steadfast in its support for Ukraine. Ukraine is a country that for a long time now has enjoyed freedom, democracy, and the inalienable right to decide its own destiny. The Prime Minister has said that the UK's response to this crisis will be decisive, and that President Putin’s barbaric aggression against a peaceful and democratic neighbour must fail. The UK has been critical in rallying the international will to present a united and determined front in the face of that aggression.

Already, my ministerial colleagues at the Treasury — alongside their counterparts in the United States and European Union — have imposed severe sanctions on the Russian economy. Cutting the Central Bank of Russia out of the global financial system had an immediate effect, devaluing the Russian currency by almost a third, forcing the Russian Federation to double its interest rates, and resulting in the biggest decline the Russian stock market has ever seen.

With the Treasury’s support, Russian banks are being excluded from the Society for Worldwide Interbank Financial Telecommunications (SWIFT) — a global payment system used by over 11,000 banks and financial institutions — forcing Russian financiers to find less secure, more costly, more time-consuming methods to move capital. My colleague, the Chancellor of the Exchequer, continues to cooperate with our global partners and the powerful financial sector in the UK to ensure that Putin’s regime is unable to deploy foreign reserves, thereby making it far harder to pay for this unprovoked and unjustified invasion.

The Prime Minister has urged our NATO and Nordic partners to do all they can to support Ukraine, with even more allies providing defensive and humanitarian aid. The United Kingdom has sent its own military support to the Polish border with Ukraine; since 2015, it has trained over 20,000 Ukrainian troops in Operation Orbital, improving their capacity and skills, and supplied £100 million for economic reform and energy independence in Ukraine. The Government has also sent 2000 NLAW anti-tank weapons and other military materiel to the Ukraine armed forces, which have proven most effective in resisting the Russian advance.

The Home Office has confirmed multiple visa routes of Ukrainian nationals — including those who are not dependants of British nationals — remain open. Ukrainians who reach neighbouring countries can obtain access to UK Visa Application Centres (VACs) there, and our VAC in Lviv continues to help Ukrainian nationals seeking to flee the country. I understand from my colleague, the Home Secretary, that more staff have been assigned to VACs in the region to ensure that they are adequately resourced and more is to be done to offer refuge to those fleeing Putin’s aggression. I will be monitoring the situation closely.

Further, the Secretary of State for Transport has written to all UK ports, instructing them not to provide access to any Russian flagged, registered, owned, controlled, chartered or operated vessels. I understand that prohibiting legislation will be brought before the House of Commons in due course, and will be supporting the Government’s continued efforts to isolate and undermine the Russian Federation.

The bravery and valour of the Ukrainian people — shown in the face of a tyrant who seeks to obliterate their freedom by force — is inspiring. As your Member of Parliament, I can assure you, although NATO will not wage war on Russia unless attacked, the UK will not turn its back in Ukraine’s hour of need.