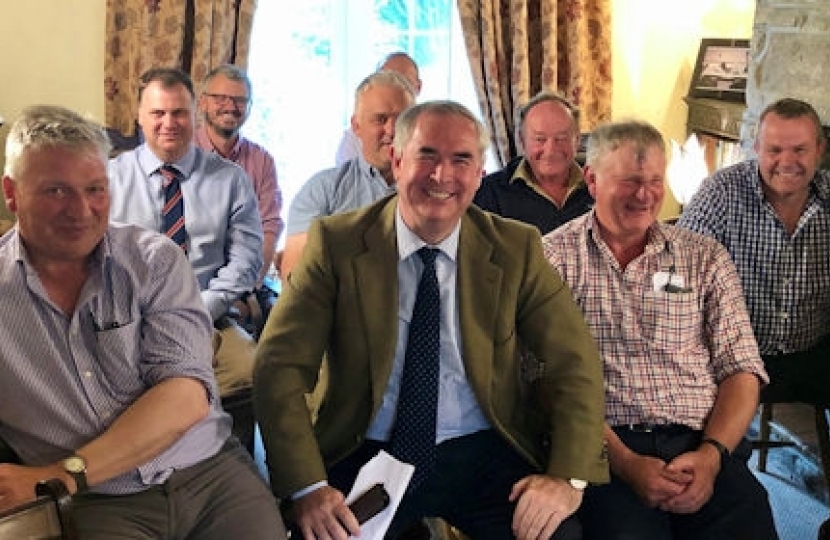 Geoffrey Cox, who is the Government’s Attorney General, has made urgent representations to his colleagues and the Secretary of State for Defra to press for enhanced emphasis this year on timely payments to farmers to eliminate avoidable cash flow difficulties.

Under the scheme there is a ‘payment window’ which opens on 1 December each year. This remains open until the following summer for farmers to be paid their BPS, but the Rural Payments Agency has targets to make payments well before the window closes. The RPA has received extensive criticism about its performance in recent years.

In his letter to the Secretary of State, Theresa Villiers MP, Geoffrey Cox has asked her Department to make sure the RPA is equipped to deliver high service levels this December following the UK’s departure from the EU. For those payments which cannot be made immediately, he urged that bridging payments be made by the end of December to help fill the temporary funding gap.

Mr Cox commented: “Throughout the summer I visited our local farming businesses and held a series of consultations with farmers to learn directly from them of the steps the Government should take to help their businesses as we prepare to leave the EU.

“I know how critical the BPS scheme is to our local farming communities and the impact that delayed payments can have on cash flow. That’s why I have raised the issue at the highest level and will continue to press the relevant decision makers to make every effort to offer better service to our farmers.”

The MP said that, as usual, farm businesses were welcome to seek his help if they experience personal difficulties with the BPS.

Photo: Geoffrey Cox at a constituency meeting with local farmers